FRANK®-THE TROPHY was the highlight of the glamorous FRANKfurtstyleaward gala 2016 which was awarded to the winners for the very first time. The three categories’ winners, the Public Choice Award winner and the Outstanding Talent 2016 received the award. The history of FRANK®-THE TROPHY is impressive, as its origin dates back to the ceramics manufacture Waechtersbach in Hessen. 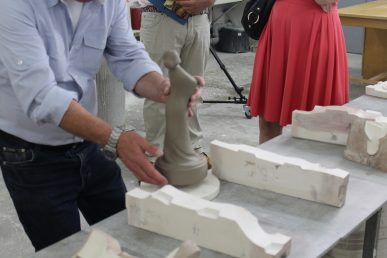 The trophy is taken out of shape 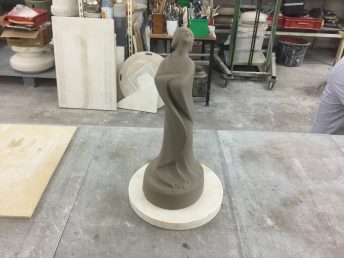 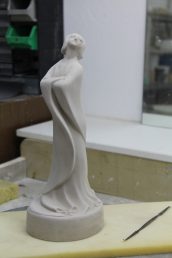 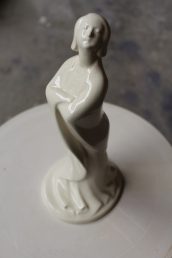 The original from the 20ies

FRANK®-THE TROPHY  is based on a historic sculpture which was created by an unknwon artist in the 1920’s. FRANK®-THE TROPHY is the new re-edition of one of her original sculptures of exceptional quality, craftsmanship and priceless value and combines two longstanding traditions: art and fashion.

The Industriekultur Steingut e.V. society is enlightened that the art historic past of Waechtersbach will be continued by the new edition of the sculpture. The FRANKfurtstyleaward Trophy shall evoke covetousness for the young designers and become one of the most desirable trophies for the newcomers of the fashion world. The FRANKfurtstyleaward is thankful for the great support from the association Industriekultur Steingut e.V. and art historian Pascal Heß and is looking forward to further cooperations. 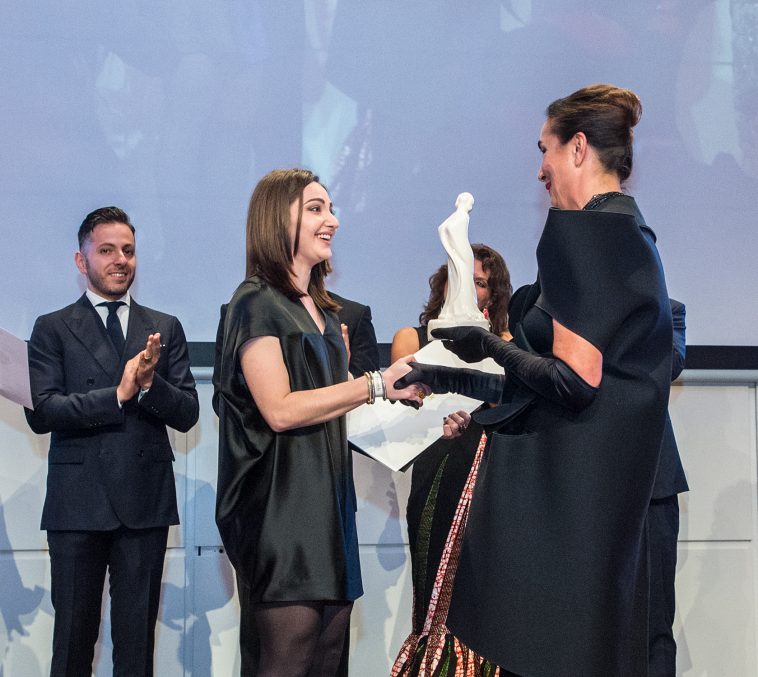 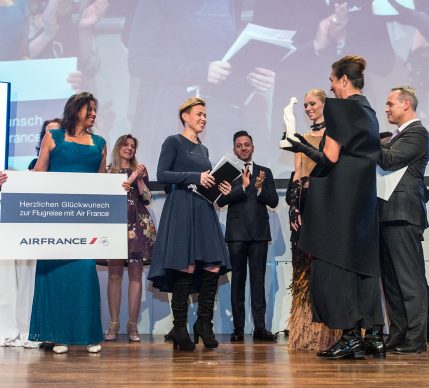 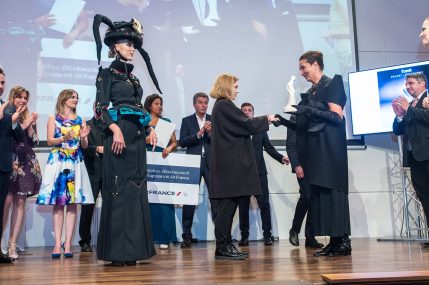